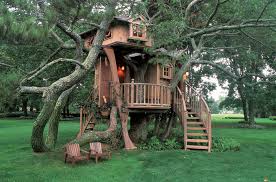 A 2012 study by Accenture found that organizations that have a holistic, formal innovation structure consistently report better outcomes of their innovation programs. But Kevin Daly of Affinnova is skeptical. In a recent piece, Daly described Affinnova’s own survey of 400 innovation practitioners involved in consumer product development. According to the survey, top performing companies (i.e. those with highest new product success rates) were no more likely to have a formal innovation system than average performing ones.

Of course, it’s tempting to explain the contradicting results by differences in the study design (the precise reading of the questions, the corporate positions of the study respondents, etc.). But the meaning of the term “innovation structure” is terribly important too.

Imagine that you just began studying a foreign language. You’re trying to apply a heavy “structure” of grammar and pronunciation rules learned from a textbook, but you’re frustrated with the results as you commit one mistake after another. With envy, you listen to a native speaker: this person remembers no rules, applies no visible “structure,” but his/her speech is perfect. And yet, however bad your newly learned language might be, you still speak it better than someone who hasn’t tried at all.

The same happens with companies practicing innovation. At the very beginning, with no prior experience in it, you do need a “structure:” an innovation charter (or, at the very least, an explicit verbal buy-in from your top management), a steering committee, a budget, a dedicated innovation team. But as your company grows more innovation-mature, as the innovation process penetrates all levels and corners of the company, as engaging in innovation activities becomes responsibility of all company employees, the “structure” gets fuzzier and fuzzier. At certain point, you may have an efficient innovation process, yet already no “holistic and formal” innovation structure. The differences in innovation maturity between companies surveyed by Accenture and Affinnova may well have contributed to the differences in their respective studies’ findings.

So, does innovation need “structure”? It does. But if you work hard to apply it to your organization, sooner or later, structure will transform into something else. It’s called culture.

6 Responses to Does Innovation Need “Structure”?