A sober truth about drunk people 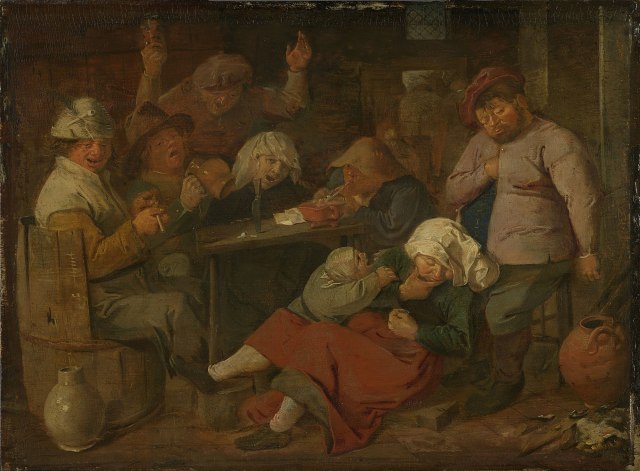 Harvard Business Review is a serious periodical not known for publishing frivolous content. Yet the tone of one of its features, “Professor X, defend your research,” in the latest (May-June 2018) issue, was far from academic.

Defending his research was Professor Andrew Jarosz of Mississippi State University, and the title of the HBR piece read “Drunk People Are Better at Creative Problem Solving.” Prof. Jarosz told how he treated a group of men ages 21 to 30 to vodka/cranberry juice in three drinks over a 30-minute period until their blood alcohol level reached near legal intoxication point of 0.075. He then gave them a series of word association problems to solve. The result? Tipsy subjects solved 13% to 20% more problems—and did it faster–than sober subjects in the control group.

Prof. Jarosz hypothesizes that people under the influence are more susceptible to the so-called mind wandering, which results in losing some focus but gaining the ability to see a “bigger picture.” This effect can be harmful in many situations requiring concentration but might be helpful in others where the ability to connect “dots” is more relevant.

Prof. Jarosz’ research is yet another, still very rare, piece of evidence showing the unexpected benefits of alcohol consumption. Back in 2006, Bethany Peters and Edward Stringham found that drinking earned 10-14% more than abstainers. Peters and Stringham hypothesized that the factor leading to higher earnings by drinking people was their increased social capital. Indeed, there was a difference between the so-called social and non-social drinkers: males who frequented bars at least once per month earned an additional 7% on top of the 10% drinkers’ premium.

Jokes aside, Prof. Jarosz’ research may turn out to be an important milestone in the study of human creativity. Ethyl alcohol, as opposed to many narcotics or drugs, is a simple chemical molecule, whose behavior in the body is reasonably well studied. Using this model, researchers may well start identifying specific neurochemical reactions in the brain which stimulate creativity, regardless of whether the creative individuals prefer Scotch or Perrier.

Eugene Ivanov is the Founder of (WoC)2, an innovation consultancy that helps organizations extract maximum value from the wisdom of crowds by coordinated use of internal and external crowdsourcing.
View all posts by Eugene Ivanov →
This entry was posted in Innovation and tagged Creativity, Harvard Business Review, Innovation, Remote Associates Test, Social Drinking. Bookmark the permalink.