In defense of brainstorming 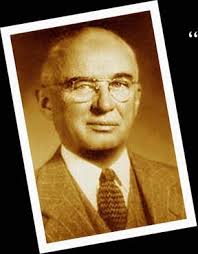 I the only one who’s getting tired of constant bashing of brainstorming?

The latest attack that I saw, coming from Forbes, begins with the following rhetoric question: “Have you ever sat through a fruitless brainstorming session and wondered—who came up with this, anyway?” I sure have. But let me ask a couple of questions of my own. Have you even seen a guy owning all imaginable Black & Decker home improvement tools and yet unable to hit a nail in the wall? I sure have. Or, have you even seen a gal in the top-notch kitchen full of Williams-Sonoma gadgets–and a refrigerator packed with Whole Foods stuff–and yet unable to fry a couple of eggs? I sure have too. Why are we blaming a tool for the operator’s inability to use it?

One has to remember that Alex Osborn, the father of brainstorming, published his seminal book describing the technique (“Your Creative Power: How to Use Imagination”) back in 1948. Characteristically, most studies on human creativity that are now invoked to criticize brainstorming were conducted more than 50 years after publication of Osborn’s book. Isn’t it funny that folks who’re used to updating their smartphones every other year didn’t take advantage of new data to update the brainstorming approach? Instead, they continue bashing its original, 66-year-old version. It’s like arguing that the Watson & Crick double-helix model of DNA published in 1953 “doesn’t work” because it doesn’t include all subsequent additions and refinements to it.

One also has to remember that Osborn invented brainstorming to serve his specific needs: to generate ad ideas. This may explain why he insisted on suspending criticism during the initial stages of brainstorming, an anathema to all its modern-day bashers. Forget about shutting off shy members of the group; if you go for a large number of ideas–and that’s how you generate ads only a few words long (“My husband is a pharmacist”)–do you have time to discuss any of them in particular? I moderated brainstorming sessions with high-tech companies and saw fist-hand groups of incredibly creative individuals struggling to come up with more than 3-4 ideas–simply because complex technical problems don’t have hundreds or even dozens feasible solutions to them. Naturally, discussing these ideas, including harsh criticism of them, started as soon as an idea was articulated. Does my refinement of Osborn’s approach to fit my particular needs mean that the original doesn’t work?

Am I the only one who smells a sale pitch here?

Eugene Ivanov is the Founder of (WoC)2, an innovation consultancy that helps organizations extract maximum value from the wisdom of crowds by coordinated use of internal and external crowdsourcing.
View all posts by Eugene Ivanov →
This entry was posted in Innovation and tagged Alex Osborn, Black & Decker, brainstorming, Creativity, Forbes, Francis Crick, Innovation, James Warson, Williams-Sonoma. Bookmark the permalink.

4 Responses to In defense of brainstorming