The “culture of innovation”: misnomer, oxymoron, myth or chimera? 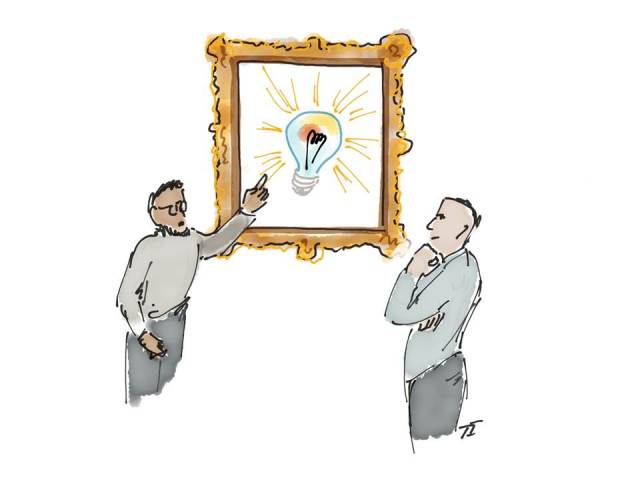 In the opening piece of the Summer 2017 issue of MIT Sloan Management Review, Paul Michelman writes about diminishing importance of corporate culture in the age of networked enterprises. Obviously, not everyone agrees with Mr. Michelman, and the whole discussion just highlights our near-obsession with the “cultural” aspects of business operations.

Nowhere else has this phenomenon reached such an epic proportion as in our dealing with the proverbial “culture of innovation,” a subject whose popularity in business literature and social media can only be matched by the extreme fuzziness of its definition. However, in my opinion, the very term “culture of innovation” is a misnomer, if not an oxymoron.

No matter how you precisely define it, culture is about sharing: sharing perceptions, thoughts, beliefs and even behavior. But the implicit homogenization that the sharing tries to achieve is completely antithetical to innovation, which is about diversity. A growing body of evidence (summarized in a 2014 article in Scientific American) shows that socially diverse groups, that is, those with a diversity of race, ethnicity, gender and sexual orientation, are more innovative than socially homogeneous groups. It is exactly a conflict of backgrounds and experiences, not their sharing, that makes innovation happen.

Why then is the myth of “culture of innovation” so sustainable? I suspect that the major reason is that the frequent—and often empty– talk about it allows corporate leaders to take a hands-off approach when it comes to developing innovation strategy and establishing innovation processes.

I was quite amused to see the data presented in a recent PWC’s report on innovation surveying 246 CEO’s from around the world. The captains of industry cited “existing organization culture” as one of the top three obstacles preventing their companies from being more innovative.

Think about that for a minute! Why would a CEO view an “organization culture” as something that is completely out of their control, like a natural disaster or act of war? Is it not their direct responsibility to design and implement policies fostering this culture?

Apparently not. In recent years, many CEOs have mastered the art of talking about innovation, delivering well-rounded answers to friendly questions in non-confrontational surveys and interviews. But a frighteningly large number of them still demonstrate a cloudy vision of the very fundamentals of the innovation process. Too many CEOs don’t consider overseeing innovation process as part of their jobs, proudly claiming instead that “in our company, innovation is everyone’s job.” That’s where a non-stop talk about the culture of innovation comes so handy.

Instead of chasing chimeras, our corporate leaders should start implementing specific corporate policies helping innovation take roots in their organizations. In particular, they may try two things:

This proposal is based on a 2015 finding that companies offering stock options to non-executive employees were more innovative, and that the positive effect of stock options on innovation was more pronounced with longer-term grants.

This proposal is taking cue from a 2001 study showing that labor laws making it more difficult to fire employees increase their participation in corporate innovation activities. The authors of the study argued that the lower threat of termination produced by stronger anti-dismissal laws decreased the “cost of failure” for employees to engage in potentially risky innovation projects.

Of course, there is no guarantee that either of these initiatives will work. But they are at least testable and, even more importantly, measurable–as opposed to the hollow calls on the employees “to take risks,” “fail fast and often” and “celebrate failure.”

Real corporate innovation begins with structure and process. And if you keep perfecting them, while communicating the results to the rest of your organization, then sooner or later, a habit of repeated innovation will emerge. You want to call this habit culture? Be my guest.

p.s. You can read the latest issue of my monthly newsletter on crowdsourcing here: http://mailchi.mp/324919f20cae/gaining-steam-overcoming-resistance. To subscribe to the newsletter, go to http://eepurl.com/cE40az.

6 Responses to The “culture of innovation”: misnomer, oxymoron, myth or chimera?