Want a Big Idea? Take a Shower and Sit Under the Apple Tree

Posted on September 7, 2020 by Eugene Ivanov 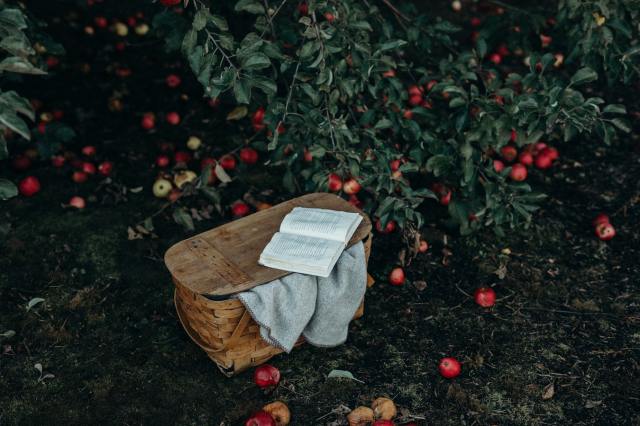 I’m really amused by how many people claim that their best creative ideas come to them in the shower. What is so special about the shower being a cradle of creative ideas?

Jokes aside, the issue of creativity lies at the very core of innovation management. Innovation is impossible without ideas. Of course, the whole process only starts with ideas, and many additional steps (idea selection, testing, incubation, scaling up, etc.) are required to convert a “naked” idea into a marketable product or service. But while the implementation part of the innovation has a solid footing in the corporate product development process, it’s the ideation part of it that looks uncertain and unpredictable.

Can we control the creative process? Can we ensure a steady flow of creative ideas at will (or, as they like to say these days, “on-demand”)?

The Myth of “Serendipitous” Discovery

Popular literature is full of stories about crazy geniuses making their great discoveries “by chance,” serendipitously, apparently without even realizing the consequences of their actions.

The most canonic is the one about the great Isaac Newton. One day, the story goes, a young Isaac was sitting beneath an apple tree in his stepfather’s garden. Suddenly, a falling apple hit him on the head. “Eureka!,” cried Newton (or was it another genius on another occasion?) and immediately understood that the very same force that brought the apple toward the ground also kept the moon falling toward the Earth: gravity.

Another story describes a Scottish biologist, Alexander Fleming, who, in 1928, was experimenting with staphylococcal bacteria. One day, Fleming left an uncovered Petri dish infected with bacteria sitting next to an open window (a serious violation of the lab safety protocol, if you ask me). When the dish became contaminated with mold spores, Fleming observed that the bacteria in proximity to the mold colonies were dying. He was able to identify the mold as a member of the Penicillium genus. The door to the invention of the first antibiotic drug was made wide open.

Closer to modern times is a narrative about Percy Spencer, an engineer at Raytheon. In 1945, Spencer, while fiddling with a microwave-emitting magnetron, found that a chocolate bar in his pocket had melted. Realizing that the microwave radiation of the magnetron was to blame, Spencer invented the microwave oven.

Some folks would interpret these stories as evidence that discoveries happen as a pure piece of good luck. What if it was raining that day and Newton stayed at home instead of stepping out into the garden? What if the apple had missed his head? What if Fleming was not a reckless person and did not leave open a Petri dish with potentially dangerous bacteria? What if Spencer did not like chocolate and carried something else – say, an apple – in his pocket?

These questions, while fueling public interest in science – which is actually a good thing – do not make much sense to any scholar of scientific discoveries. By the time the fateful apple supposedly hit Newton’s head, he, despite his young age, had spent years contemplating the laws governing planet movements. Fleming was a prominent scientist studying factors affecting staphylococcal bacteria growth and wellbeing. And Spencer had a solid experience in working with devices emitting microwaves.

The Power of Prepared Minds

True, a discovery may look serendipitous if made by someone with no immediate experience in a particular scientific field. However, academic research finds no compelling evidence that effective problem solving requires precise expertise in a specific topic. Moreover, as shown by Prof. Karim Lakhani of Harvard Business School, a contributor’s likelihood of solving a problem increases with the distance between his or her own field of technical expertise and the problem’s domain.

Take, for example, the story of John Davis, who solved a complex technical challenge proposed by the Oil Spill Recovery Institute. The challenge was to find a method to separate oil that had solidified into a viscous mass with frozen water in recovery barges. John had no background whatsoever in the oil industry but he had one in working with concrete. He remembered a tool that used vibration to keep cement in liquid form during mass cement pours. John realized that by attaching a long pole and inserting the tool into the oil recovery barges, it would keep the oil from freezing into a viscous state and allow the oil to be easily pumped from the barge.

Even more fascinating is the story of Jorge Odon, a middle-aged car mechanic who ran an automobile service center in Lanus, Argentina. One day, Jorge watched a YouTube video showing how to get a loose cork out of the bottom of a wine bottle. Inspired by what he saw, Jorge designed a medical device that could facilitate childbirth during a difficult delivery.

Amazingly enough, Odon had no background in medicine, save for obstetrics in particular; nor did he have any prior exposure to the issue of childbirth complications. But he had a prepared mind and a vivid imagination. And that was enough to make one of the most exciting medical discoveries of our times!

Talks about serendipitous discoveries might be fun when they are confined to discussing historic figures like Newton and Fleming. Unfortunately, some folks (and organizations) make a step further to claim that because of its serendipitous nature, the whole creative process must remain “unstructured.” Why? Because, they argue, “structure kills creativity.”

I cannot disagree more. The creative process can and should be structured as any other process involving humans. In his excellent book, “Borrowing Brilliance,” David Murray separated the creative thinking process into six steps. Each step has its peculiar set of features and rules, understanding and following which will make you more creative – and your ideas much better. I’d also like to point out the tremendous practical success of the design thinking approach, a formal methodology for creative problem-solving.

I will finish this post by quoting the advertising genius David Ogilvy who, in my opinion, gave the best description of how creativity and structure are connected: “Give me the freedom of a tight brief.”

This is how I interpret what Ogilvy said: Here is a problem we’re trying to solve. Here are the requirements any successful solution must meet. Here are the criteria we’ll apply to select the best solution. And that’s it. Now, go and find this solution. And while so doing, feel free to be creative, innovative, unexpected, unpredictable, unprecedented, uncontrolled, bold, wild, out-of-the-box, and out of mind. And serendipitous too, of course.

Eugene Ivanov is the Founder of (WoC)2, an innovation consultancy that helps organizations extract maximum value from the wisdom of crowds by coordinated use of internal and external crowdsourcing.
View all posts by Eugene Ivanov →
This entry was posted in Uncategorized and tagged Alexander Fleming, Creativity, David Ogilvy, design thinking approach, Innovation, Innovation Management, Isaac Newton, Percy Spencer, Problem-solving, Serendipity. Bookmark the permalink.