The Fallacy of Predictions 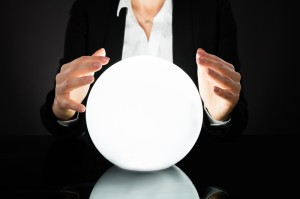 There is a popular joke (attributed to Niels Bohr): “It is difficult to make predictions, especially about the future.”

I remembered it when I picked up the March-April 2020 issue of the MIT Technology Review.

Subtitled “The prediction issue,” it showcased 10 predicted breakthrough technologies of the 2020s. In addition, the Review invited a dozen or so leading futurologists to predict which technology trends will dominate in 2020-2030. As Gideon Litchfield, the editor-in-chief, wrote introducing the issue: “…the point of futurism isn’t to guess the future; it’s to challenge your assumptions about the present so the future doesn’t catch you off guards.”

Characteristically, none of the predicted breakthrough technologies – and none of the proposed future trends – even mentioned the threat of worldwide pandemic like the one that is currently ravaging the globe.

No, I am not criticizing the writers and the editorial staff of the MIT Technology Review for making “wrong” predictions. My question is, have they been as caught off guard by the COVID-19 pandemic as the rest of us mere mortals?

The fallacy of predictions struck me again when I opened the 2019 Global Health Security Index, the first comprehensive assessment of the health security capabilities across 195 nations. The Index specifically focused on nations’ preparedness for infectious disease outbreaks that can lead to international epidemics and pandemics.

To the credit of its authors, the Index finds no single country fully prepared for epidemics or pandemics: the average overall score among all 195 countries was 40(!) of a possible 100.

But what genuinely surprised me were the scores that the Index assigned to individual countries. The United States led the world in the overall preparedness score (83.5) with the United Kingdom coming a close second (77.9). The U.S. also scored the highest in a few specific categories, including Prevention of the Emergence of Pathogens; Early Detection & Reporting of Epidemics; and Sufficient & Robust Health System to Protect Health Workers. The U.S. was second after the U.K. in the category Rapid Response to the Spread of an Epidemic.

What is the predictive power of the Index given the fact that the U.S. and the U.K. are among the countries with the highest per capita numbers of COVID-19 infections and COVID-19-related deaths?

In contrast, countries that did a reasonably good job in preventing the spread of the virus and keeping the death toll at a reasonably low level did not score particularly high. For example, the Czech Republic was only 48th on the overall score, and Iceland even lower, 58th. The Czech Republic was 57th in the category of Rapid Response to the Spread of an Epidemic, with Iceland being lower again, only 66th.

What were the assumptions about the present that led to the low rating of both countries that responded with admirable agility when facing a real, not imagined, crisis?

Like every normal human being, I love guessing about what will happen tomorrow. And I know that organizations need to predict the future to plan the next steps and foresee upcoming threats and opportunities. Yet, before we rush into a new set of predictions – as some consultancies have already begun doing – let’s pause and first explain to ourselves what happened.

As the next step, let’s challenge our assumptions about the present. Real present not assumed. And then – only then! – carefully resume predicting. Perhaps.

Eugene Ivanov is the Founder of (WoC)2, an innovation consultancy that helps organizations extract maximum value from the wisdom of crowds by coordinated use of internal and external crowdsourcing.
View all posts by Eugene Ivanov →
This entry was posted in Health Care and tagged 2019 Global Health Security Index, COVID-19, Infectious Disease, MIT Technology Review, Pandemic. Bookmark the permalink.