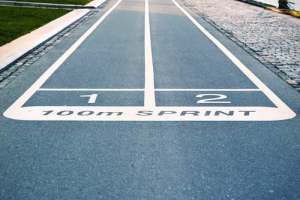 With the waves of disruption rocking every corner of the global economy – dethroning powerful incumbents while skyrocketing to fame brazen startups – innovation isn’t a luxury anymore. It’s a means of survival. The slogan “Innovate or die” may sound like a cliche, yet it correctly reflects the contemporary business environment in which companies must relentlessly create new products and business models to stay competitive.

The prevailing innovation “doctrine” postulates that in order to innovate effectively, companies can’t restrict themselves to exclusively internal sources of knowledge and expertise. They should engage external sources as well: customers, suppliers, startups, academic, and business partners.

The competitive nature of the innovation process seems to exclude from the above list one important constituency: the company’s competitors. Why would you work together with your competitors and potentially help them take a bite of your market share?

And yet, strange as it may look, one repeatedly witnesses examples of fierce competitors working together to solve a complex problem. A classic case of such cooperation has been Ford and General Motors teaming up to engineer a new type of transmission to be used in their vehicles. Another example was cooperation between Sony and Samsung to develop an innovative type of an LCD flat TV panel. (A term “coopetition,” a combination of “cooperation” and “competition” has been coined to describe this type of interaction.)

An interesting approach to engaging existing and potential competitors has been used by Tesla Motors. In June 2014 Tesla announced that it was opening up to anyone its portfolio of patents related to electric car technology. Explaining the move, Tesla Motors’ Elon Musk wrote that Tesla’s competitive advantage didn’t need to be defensive; instead, Tesla would compete and win on the merits of its talented engineers. In a similar move, Microsoft open-sourced more than 60,000 Linux-related patents in 2018.

One of the driving forces behind the idea of coopetition is the concept of “innovation ecosystems,” a business paradigm postulating that a sustainable innovation process needs the engagement of a wide range of interconnected actors: governments, civil society, the private sector, universities, startups, and individual entrepreneurs. Each member of the ecosystem is important for its ultimate success, and such an ecosystem is impossible without bringing together participants with competing interests.

One can consider crowdsourcing a form of coopetition. When you crowdsource, you become agnostic to the identity of the potential solvers of your problem. They can be anyone: folks working in a different country, or in a different industry – or, yes, for your competitors. The only thing that matters to you is whether your problem will be solved.

Sun Microsystems’ co-founder Bill Joy reportedly said: “No matter who you are, most of the smartest people work for someone else.” Using crowdsourcing can help you mobilize the smartest people in the world, including those working for your competitors, to solve your most difficult problem.