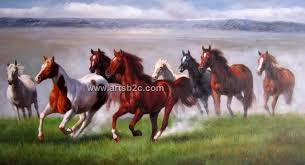 consensus seems to have emerged that customer feedback, gathered through market research, is a key to successful innovation. And yet, dissenting votes can still be heard. Some folks claim that paying too much attention to customers can stifle innovation, degrade it to a mere incremental improvement of existing products (which is considered by these folks as anathema to a “true” innovation).

In support of this point of view, Steve Jobs is often quoted: “It’s really hard to design products by focus groups. A lot of times, people don’t know what they want until you show it to them.” A plausible interpretation of this quote would seem to be that had Jobs listened to his customers, Apple would have been forever stuck to making incremental improvements to Apple-1. Another relevant line is attributed to Henry Ford: “If I had asked my customers what they wanted they would have said a faster horse.”

I’d like to take issue with the latter statement. OK, Henry Ford had asked his customers what they wanted and they told him that they wanted a faster horse. Did Ford conclude after getting this response that he was done with collecting consumer feedback? Too bad if he did! What Ford should have done instead was to take a next step and apply the 5 Whys approach pioneered by the Toyota Motor Corporation that later became a formidable competitor to Ford’s own company. So, when hearing that his customers wanted a faster horse, Ford should have asked them: Why? Why do you need a faster horse? I suspect that many of Ford’s customers would have told him that what they had in mind was not an Arabic stallion to impress their friends and neighbors. What they really needed was a reliable mean to move commercial goods: in large quantities, to large distances and at faster speed. This customer feedback might well have led Ford to the idea of a Ford truck.

One should differentiate between two related, overlapping, yet distinct forms of customer feedback: customer wants and customer needs. What focus groups produce is customer wants: a demand for a faster horse or faster computer. It takes more time and effort–and much more sophisticated market research tools–to identify customer needs behind customer wants. True, people often don’t know that they want a product until you show it to them. But it is only after they realized that they needed this product that they’re ready to pay for it. It is consumer needs, not wants that lead to new product lines or even completely new markets. It’s serving unmet consumer needs that allows bold startups disrupt businesses of big guys.

Sure, a stroke of genius like Steve Jobs can sometime substitute for a proper market research. Try this approach at your peril, but don’t be surprised if your innovation journey won’t be as successful as that of Apple.