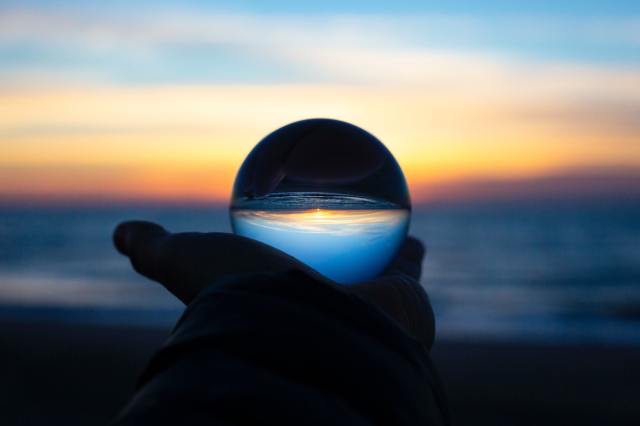 There is a popular joke (attributed to Niels Bohr): “It is difficult to make predictions, especially about the future.” And at times of uncertainty that we’re all living through, predicting the future is even more daunting. But guessing about what will come tomorrow is human nature. Besides, businesses use predictions to plan their next steps and foresee new opportunities and threats. As Gideon Litchfield wrote in a recent issue of MIT Technology Review, “…the point of futurism isn’t to guess the future; it’s to challenge your assumptions about the present so the future doesn’t catch you off guards.”

Back in July, I reviewed the past decade of crowdsourcing, a tool that numerous organizations around the world, including corporations, governmental agencies, and not-for-profit foundations, use to address complex technical and business problems. In this post, I’ll attempt to predict what crowdsourcing will look like in 10 years.

Crowdsourcing Will Become an Essential Component of the Future of Work

In a recent Gallup study of U.S. workers published by the New York Times, 34 percent of respondents held multiple jobs or had income from one or more self-employment arrangements. What used to be considered an “alternative” employment is rapidly becoming a norm. We’re witnessing the dawn of the future of work in which open talent strategies and horizontal cross-functional teams will be replacing traditional vertical hierarchies and siloed organizational models.

Crowdsourcing will become an essential component of this structure. Organizations will be using their own employees to perform the “core” activities. But for the tasks they lack internal resources or expertise crowds of independent on-demand contributors will be assembled. Many organizations will start nurturing their own crowds which will be repeatedly used for similar projects and tasks. The future competition will become competition for the quality of the crowds each organization can rapidly assemble to perform an urgent job.

In recent years, crowdsourcing has become a popular topic in business publications and social media. Yet, its acceptance as a practical problem-solving tool has been slow. One of the major factors slowing down the acceptance of crowdsourcing is widespread, often completely paralyzing, uncertainty over which technical or business problem can (or can’t) be solved by this approach. In addition, the expansive use of the term “crowdsourcing” has blurred the borders between it and other problem-solving techniques, such as brainstorming. As a result, crowdsourcing is often used in the wrong way, and when the outcome proves disappointing, it is crowdsourcing itself that gets the blame for being “ineffective.”

I predict that in 10 years, academics, business writers, and crowdsourcing practitioners will have finally found efficient ways to educate corporate innovation leaders on the very basics of crowdsourcing (“Crowdsourcing101,” so to speak): definition, typology, infrastructure, processes, success metrics, and incentives for the crowds. Crowdsourcing will become “simple” so that organizations will be capable of practicing it in an intuitive and sustainable way.

Crowdsourcing Will Be Streamlined by AI/ML Algorithms

Crowdsourcing of the future will be assisted by advancements in technology, of which using AI/ML tools will be the most obvious development. First, large datasets will be available on both successful and failed crowdsourcing campaigns. Analyzing the data will help identify types of problems most amenable to solving by applying the wisdom of crowds. Moreover, it’ll be possible to design algorithms allowing users to translate their technical or business challenges into specific problem statements with the highest expected levels of success. The same algorithms will tell the users which kind of information they should be ready to provide to the crowd to maximize the odds for the problem to be solved.

Second, algorithms will exist allowing to match a specific problem to a “perfect” crowdsourcing platform. By analyzing a set of problems each platform has dealt with in the past, the reported solution rate, and the size and the composition of the crowd behind the platform, it’ll be eventually possible to automatically generate a list of the most promising platforms to tackle any particular problem. Finally, AI/ML tools allowing rapid creation of sufficiently large and diverse crowds (“crowds-on-demand”) are expected to be developed, too.

Crowdsourcing Will “Invade” Medicine and Law

Although crowdsourcing has been successfully used in many disciplines and professional areas, there are some “islands of resistance” where the progress in the adoption of crowdsourcing has been especially slow. Two such areas are medicine and law, the professional fields dominated by highly educated and trained experts, who are often scornful of the thought that a “bunch of amateurs” can solve a problem that they couldn’t.

I expect this trend to continue. However, the “invasion” of crowdsourcing into medicine and law will require a deep cultural shift on the part of doctors and lawyers. They will have to understand that like any tool, crowdsourcing is not going to “replace” them. Instead, it will make their work more meaningful by taking away routine and repeatable tasks.

The Marketplace of Crowdsourcing Platforms Will Be Consolidated

And yet, there has been almost no M&A activity in this space. Fortunately, we’re seeing signs of improvements in this area, too. Last year, HeroX signed a strategic partnership agreement with Ideanco to launch two challenges focused on climate change and food security. In July, the UK idea management company Wazoku bought the crowdsourcing platform InnoCentive.

The trend of consolidating available crowdsourcing services looks promising. I expect that in 10 years, a few large crowdsourcing platforms will emerge, each specializing in solving different types of technical and business problems. At the same time, I have no doubts that new entrants to the crowdsourcing space will keep appearing.

As any experienced crowdsourcing practitioner would tell you, crowdsourcing is at its best when it’s applied to a limited-scope problem or task, usually being handled by a single individual or a small team. But in this simplicity lies one of the crowdsourcing’s major limitations: its inability to tackle problems or tasks requiring larger groups of workers, especially if the task on hand cannot be completely defined in advance.

A few years ago, a group of researchers at Stanford proposed a concept of a “flash organization,” an approach and software to structure crowds like organizations, which allows them to achieve complex and open-ended goals. As far as I know, there are no published examples of organizations using the concept of “flash organizations” to run real-life crowdsourcing projects. I have no doubt that such examples will appear within the next 10 years. No do I have any doubts that new ways of making crowds more agile and effective will emerge.

Crowdsourcing is here to stay. I’d like to finish this piece with another quote (attributed to both Abraham Lincoln and Peter Drucker): “The best way to predict the future is to create it.” By perfecting the way crowdsourcing is being used by organizations, we can help shape the future of this powerful open innovation tool.