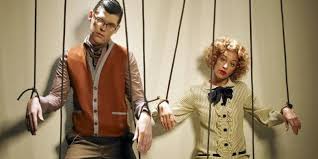 ave been talking about the wisdom of crowds for so long and with such a passion that it was only a matter of time that someone would decide to call crowds stupid. And here it comes: Aran Rees, “a creativity coach, facilitator and communicator,” published what looks like a bona fide anti-crowdsourcing manifesto, “The Stupidity of Crowds.”

As a proof that crowds are stupid, Rees cites two recent examples. First, he mentions an attempt by a British government agency to crowdsource a research ship’s name, a process that ended up with the public having chosen a completely ridiculous option. Rees’s second example is Brexit, a decision by the British public, expressed during a 2016 referendum, to leave the European Union.

To me this sounds like shooting the messenger when you don’t like the message. Crowdsourcing is, first and foremost, a question that you ask a crowd; the quality of the question is the most important determinant of the quality of the answer. You ask the crowd a smart question–you have a chance to get a smart answer. You ask the crowd a stupid question–the answer will almost certainly be stupid.

I’d agree with Rees that asking crowds to come up with names and then vote for them is a stupid idea. So, in my opinion, was the idea of putting to a referendum the U.K.’s membership in the EU. But why should the blame rest with the crowds? Blame crowdmasters, the people who have posed these stupid questions to the crowds! Besides, as a matter of sheer decency, should we automatically call stupid people who have tastes, sense of humor and political preferences different from ours?

Rees’s criticism of crowds and crowdsourcing troubles me for two additional reasons. The first is his habit—unfortunately, a very common one—of overemphasizing the “crowd” part of the word “crowdsourcing.” Rees and many others tend to call crowdsourcing almost any activity involving a large group of people, especially if these activities happen online. But the original—and still, in my opinion, the best—definition of crowdsourcing, proposed by Jeff Howe in 2006, describes it as “the act of taking a job traditionally performed by a designated agent (usually an employee) and outsourcing it to an undefined, generally large group of people in the form of an open call.”

In other words, crowdsourcing is not just about a crowd; it’s about outsourcing a job. Asking people to vote in a survey or referendum is not outsourcing a job, at least not in the sense most organizations and reasonable people would define the term “job.” That’s why, by the way, in contrast to what Rees thinks, Facebook and Twitter are not crowdsourcing venues. (As Henry Mintzberg shrewdly suggested, ask your Facebook friends to help paint your house.)

The second problem is that Rees reduces crowdsourcing to simply generating ideas and/or voting for them. He thus rhetorically asks: “Do you suppose that someone taking five minutes to respond to a survey and someone else taking ten second to vote is likely to result in deeply thought out insights?”

Crowdsourcing is extremely powerful problem-solving tool, but as any other tool, it requires knowledge and experience to be properly used. Those who know how to use crowdsourcing will succeed in harnessing the proverbial wisdom of crowds. Those who don’t won’t. It’s this simple.

3 Responses to Are crowds stupid?